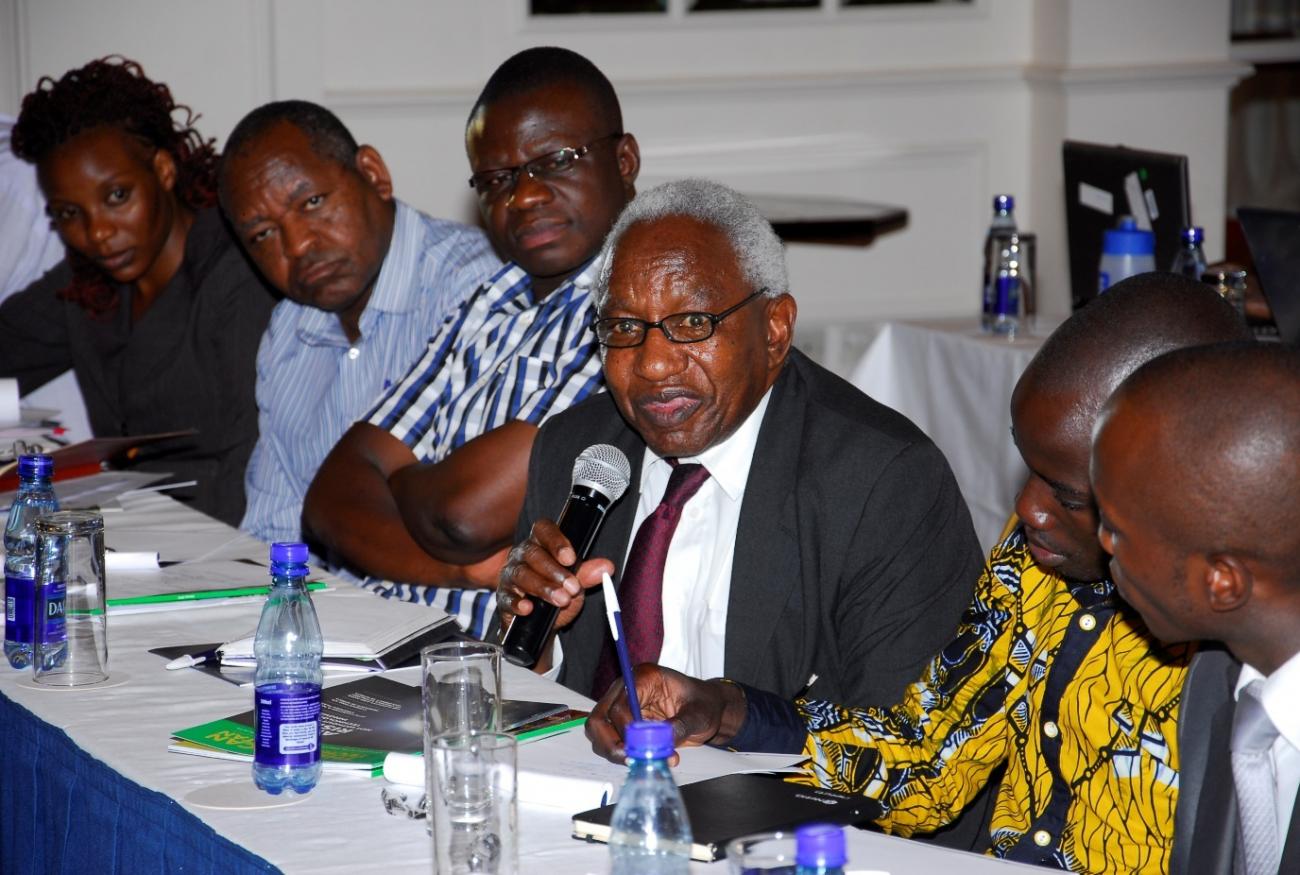 Led by INASP, the VakaYiko Consortium aimed to strengthen the use of research evidence in policy making, working to build capacity at individual, institutional and systems level.  At systems level, the programme sought to address issues of accountability and participation, fostering critical dialogue and debate with actors across the research-to-policy system, including civil society organisations, think tanks and government departments.

One approach to strengthening these networks and communication channels was through public engagement events, which VakaYiko partners implemented in different ways in Ghana, Kenya, Peru and Zimbabwe. These included:

Developing the approach with Zimbabwe partners

ZeipNET held four Knowledge cafés and five Policy Dialogues on a wide range of topics relevant to Zimbabwe’s current policy landscape. ZeipNET took a participatory approach to selecting topics, developing concept notes for Knowledge Cafés collaboratively with NGOs and for Policy Dialogues with government ministries. In doing so it also developed its role as a convening organisation at the intersection of evidence and policy.

The public engagement series in Zimbabwe proved to be a valuable way to stimulate discussions about topical policy and evidence issues.

All three of ZeipNET’s government partners (the Ministry of Youth, Ministry of Industry and Commerce, and Parliament) used the programme to explore ways they could engage better with researchers through roundtables and events.

Learning from Zimbabwe in Ghana and Uganda

The Ghana Information Network for Knowledge Sharing (GINKS) drew on the ZeipNET model to run a series of policy dialogues at local government level in four regions of Ghana. They highlighted the limited opportunities for policymakers and planning officers in local government to engage with the research community in Ghana, the impact of both resources and politics on the use of evidence, and a need to strengthen capacity in the Local Government Service.

In Uganda, the Uganda National Academy of Sciences (UNAS) adapted the knowledge café format for its work with the Parliament of Uganda’s Department of Research Services (DRS). The convening power of UNAS helped to strengthen Parliament’s links with Uganda’s research community, addressing issues including biosafety and biosecurity, governance and accountability, and investment and industrialisation. They also co-hosted the Parliament’s first Research Week, which brought the evidence community together through an exhibition and a series of events.

Convening in Kenya and Peru

In Kenya, a series of roundtables gave policymakers the opportunity to meet climate-change experts who supplied technical evidence to strengthen the Kenya Climate Change Bill. In this model the African Centre for Technology Studies (ACTS) responded to a specific policy window of opportunity and were successful in providing direct inputs to policy content.

In Peru, the Alianza para el Uso de la Evidence, held many ‘how-to’ events for policymakers and researchers, and provided a forum for policy research institutes to present their findings directly to policymakers and other interested parties.

Knowledge Cafe on Use of Evidence in Gender Mainstreaming

This is a report of a gender mainstreaming knowledge cafe that was held in Zimbabwe in 2015.

Ron Munatsi, Programme Manager at the Zimbabwe Evidence Informed Policy Network (ZeipNET), reflects work to support e-resource access in the country and how the relationships built up over the years enabled ZeipNET to secure high-level buy-in and engage with government ministries