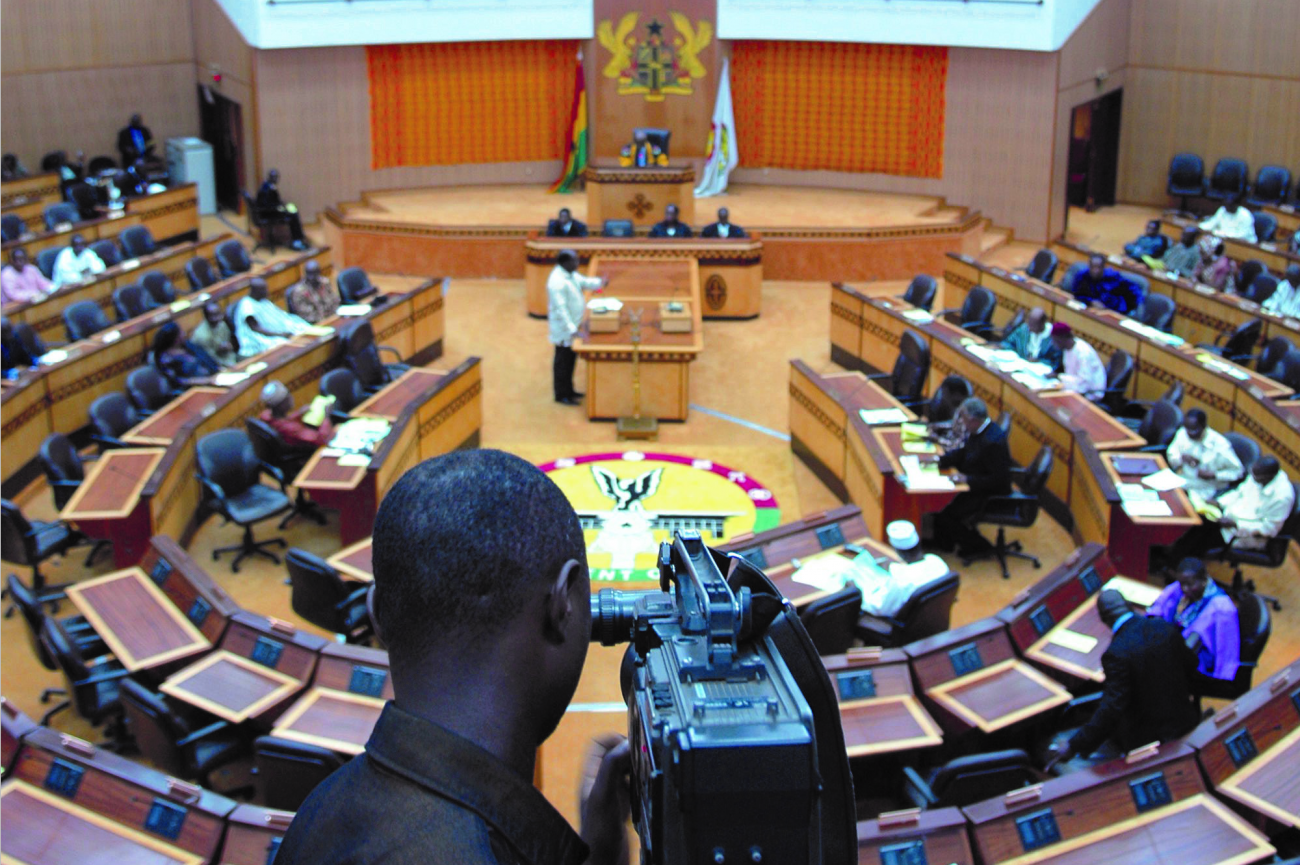 Led by INASP, The VakaYiko Consortium worked with the parliaments of Ghana, Uganda and Zimbabwe to strengthen capacity for evidence use in decision making.

The project was undertaken as part of Building Capacity to use Research Evidence (VakaYiko) programme.

The project aimed to build capacity at three levels, working with parliaments’ in-house research departments in partnership with local lead organisations in each country.

We also facilitated the development of a peer learning network between parliaments, led by the African Centre for Parliamentary Affairs (ACEPA). Staff from each parliament identified priority areas they wanted to learn about and shared their experience through a series of face-to-face and online learning sessions. These addressed a variety of issues, from strengthening mechanisms to enable citizen evidence to contribute to parliamentary discussions, to constituency profiling, different models for Parliamentary Budget Offices, and strategies to communicate evidence to MPs.

Evidence use in African parliaments is an emerging area and we are committed to sharing our learning. We synthesised our key reflections in a series of papers co-authored by ACEPA and INASP. These include an analysis of the main factors affecting evidence use, profiles of the information support systems in each of parliament, and a number of other reflection pieces.

We also supported the Kenyan think tank African Centre for Technology Studies (ACTS) to run a successful series of roundtables focused on strengthening the evidence base in Kenya’s Climate Change Bill.

Our target for research requests is 600 per year, but now, in just three months, we have received 200 requests.

The Uganda National Academy of Sciences now has a formal MoU with parliament aimed at leveraging the potential of Uganda’s national research sector to inform decision making in Parliament.

As a result of the peer learning initiative, Parliament of Ghana adapted and implemented Uganda’s Research Week model, which again resulted in increased demand for evidence from MPs.

The ACTS roundtables bringing together key evidence producers and MPs were successful in contributing to revisions in the draft Climate Change Bill, which was later passed. ACTS later shared their innovative approach with the environment sector at COP21 in Paris.

This paper draws on literature and experience, both from the parliamentary strengthening sector and the evidence-informed policy sector, to explore information support systems in
African parliaments and the factors that shape their work.
Cover picture

Strategic approaches to evidence at the Parliament of Ghana

Strengthening institutional-level use of evidence in decision making
Cover picture

In this case study Ms Winnie Asiti and Dr Cosmas Ochieng discuss the impact that the quarterly roundtables held in 2014 and 2015 have had on climate change policy in Kenya.
Funded by
Logo