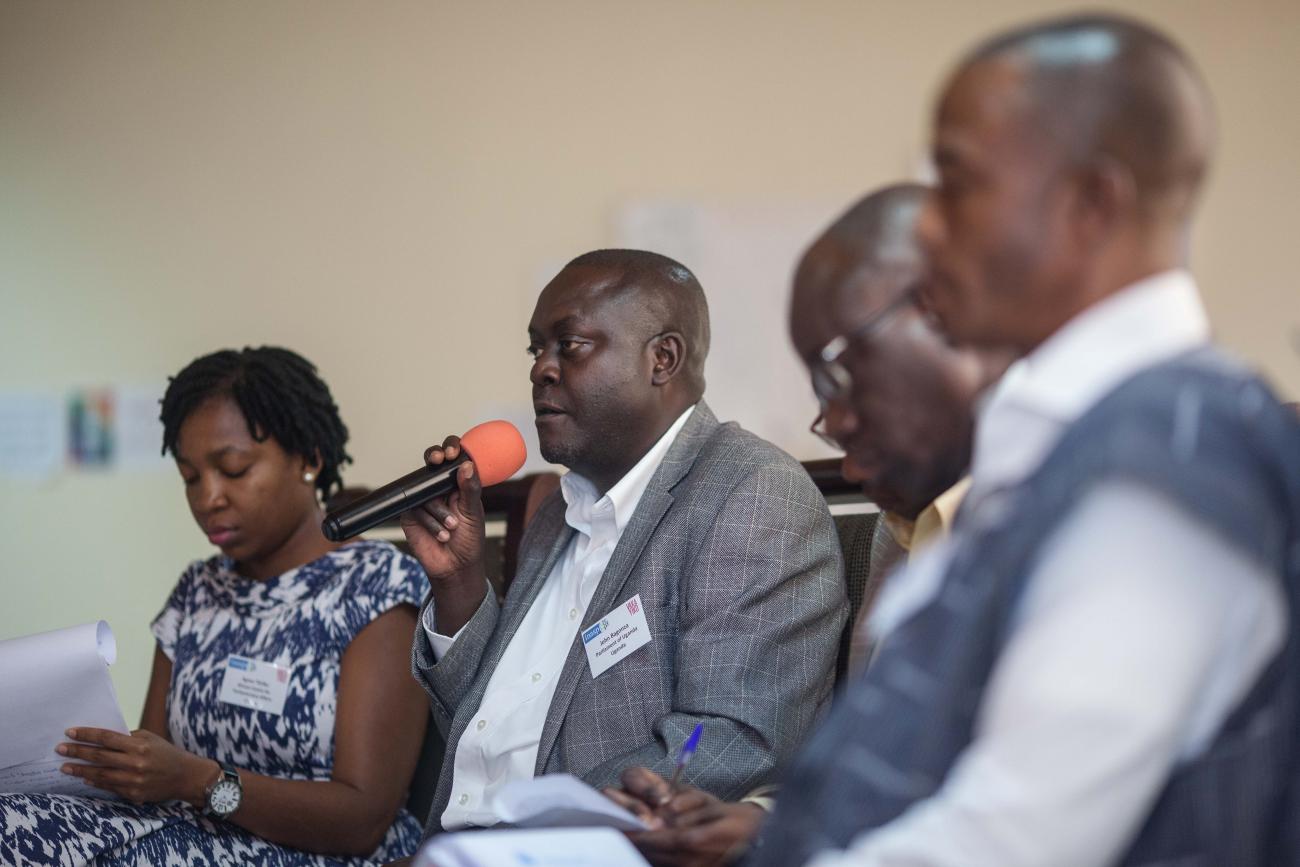 The SPARKS grant enabled INASP and ACEPA to extend some of the activities of the parliamentary learning exchange that had started under the DfID-funded VakaYiko programme between the parliaments of Ghana, Uganda and Zimbabwe. Through SPARKS, the parliaments of Malawi and Kenya joined the network and were able to share learning with others using peer learning techniques inspired by the EIP’s P2P Learning Guide. The project included:

The SPARKS project also aimed to support existing MP and staff champions who were already working together to influence evidence use. All of the participating parliaments were invited to submit an idea for an MP-staff collaboration around evidence use. This resulted in the Parliament of Kenya’s Evidence Informed Decision Making Caucus being selected to receive further support to secure its sustainability. Having been founded under the 11th Parliament, the high turnover of MPs in the 2017 election saw the Caucus lose many of its evidence champions.

The opening months of the 12th Parliament therefore presented a crucial opportunity to raise awareness about evidence issues in Parliament and attract new champions to join the Caucus. INASP and ACEPA facilitated peer reflection and feedback from other parliaments to support the design of these activities, as well as financial resources to enable the Caucus to equip itself with suitable promotional materials to raise awareness about its role in the new Parliament.
The SPARKS initiative also benefited from advice and logistical support from AFIDEP and USAID.

The Caucus … undertake[s] activities that enhance evidence use by Parliamentarians across both Houses. One of the main ways the Caucus members achieves this is to lobby their fellow Members of Parliament (MPs) by through issue-based policy cafés where they would meet other research think tanks.  As Parliamentary staff, we do not have the same opportunity to do this, so the lobbying actions of the Caucus Members are instrumental to achieve our aim.
The support of the Parliamentary leadership, the Speakers and clerk of both Houses, has… been instrumental in ensuring the Caucus exists and achieves its set goals.

AGORA Portal: Use of Evidence in Parliaments

Evidence in Parliaments: resource on the AGORA Portal on Parliamentary Development

Working together to champion evidence use in Kenya's Parliament

Interview with Marale Sande, Senior Research and Policy Analyst with the Parliamentary Research Services at the Parliament of Kenya. Marale works collaboratively with Members of Parliament (MPs) as part of the Evidence Informed Policy Caucus.
Funded by
Logo